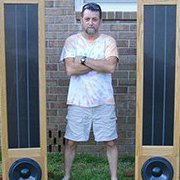 I love this song!   The #1 hit by Barbara Lewis in 1963 brings back a lot of memories for us old guys.  And I think Ms Lewis would approve of this marvelous and faithfully rendered 1977 cover:

The Sergio Mendez & Brasil 66 version , 1968 I think, is a touchstone. I imagine this concert version would've been a captivating Wow!