I ordered this album a while back, after it was recommended to me as a great source for test tracks.  I had played it a few times, and really enjoyed it in my truck.  A few days ago, I threw a small s 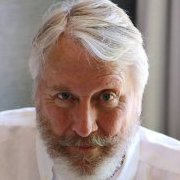 REDISCOVERING SONIC HOLOGRAPHY, AND LOVING IT......   As I mentioned in a prior message, I had been away from my music collection for a while, and I am rediscovering recordings using my new