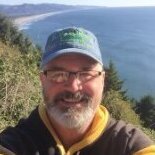 I got into a hobby, if you want to call it that,  about a couple years ago. I went and purchased a smoker and decided to give it a try. Not a pellet or disc but a real log fire smoker. I don't know wh

If I had all the money I've spent on "disposable" grills over the years, I could buy 1/5 of DavidH's system.  🙂 You guys know - all of the gas grills that are great the day you first use it and then s