A pleasant surprise from my CT-3 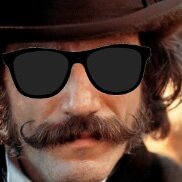 By Butcher,
March 14 in Member's Systems