Stones documentary, “Sympathy for the Devil.” 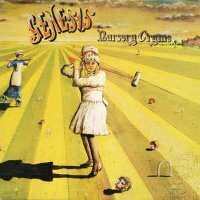 By garyh,
January 10 in Movies