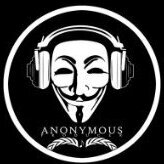 Something a little different than "What are you listening to" for those of us into jazz. Not reissues, but newly released albums.   Please introduce the artist/group and a little info a

Another bass player...   Kevin Reveyrand / Reason and Heart     "Kevin Reveyrand has been participating to many musical projects as a bassist, upright player and arrange