I’m at the point in my audio journey (and I’m sure a few of you are too) where I really don’t need more gear, are at least gear that is significantly better than what I already have is beyond my means 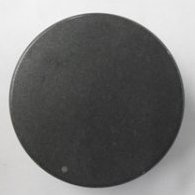